A peek at Oregon 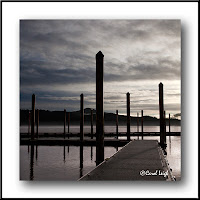 No rain this morning but lovely clouds in the sky. Here's the view from the Waldport Marina. ©Carol Leigh
Posted by Carol Leigh at 4:22 PM 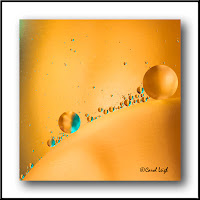 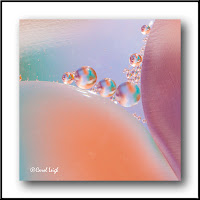 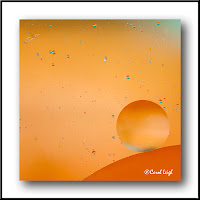 Doing a bit of macro work using a 100mm macro lens and an extension tube. Love the colors. ©Carol Leigh
Posted by Carol Leigh at 3:04 PM 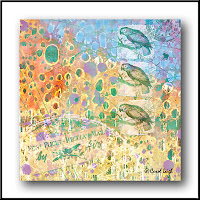 This photomontage resulted from combining my photos of handpainted papers, rubber stamps on envelopes, a compass etched into a newspaper tube, antique engravings, and more. The color palette is a departure for me, which was my intent when I began creating this piece this morning. As usual, click the photo to enlarge it. And now to OFFICIALLY begin my day! ©Carol Leigh
Posted by Carol Leigh at 9:49 AM 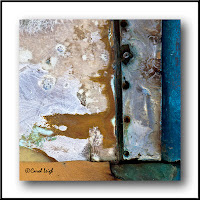 The weathered rudder on a boat becomes a work of art, a study in composition. I particularly like the colors, the textures, and the various geometric elements. (Click to enlarge.) ©Carol Leigh
Posted by Carol Leigh at 7:35 AM

You have just 8 more days this month to celebrate National Hot Tea Month, so get drinking! It's also the patriotic thing to do. According to the United States Census, "There are 360 tea and coffee manufacturing firms in the U.S., employing nearly 13,000 workers, and doing over $7.8 billion of business annually." KEEP AMERICA STRONG! DRINK TEA! SAVE JOBS!   :-)

A peek at Oregon

Yes, the weather is a challenge (90 inches of rain last year! yikes!), but it's moments such as this that make me love living here. The last rays of sun hit the far side of this coastal lake the other day. All was in shade save the floating bait house and the background trees. No wind, no noise, all was fresh, cool, and still. Ahhhh! ©Carol Leigh

(Click to enlarge the photo.)
Posted by Carol Leigh at 5:18 AM 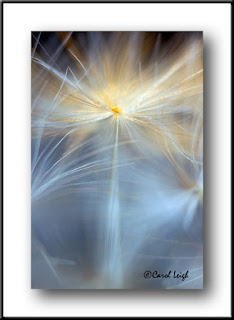 A short online class designed for those of you who feel you've already got a pretty good macro photography base and are looking for some fun projects to do within a 6-week period. Lots of feedback, questions asked and answered. Stretch your artistic and technical skills within a short time frame. Class begins MARCH 1, 2013 and runs six weeks. Registration fee: $85. 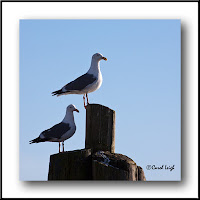 Methinks Gull #2 has no idea what's going to happen when Gull #1 goes #2! Have they learned nothing from pigeons?! ©Carol Leigh
Posted by Carol Leigh at 4:27 AM

(Click photo to enlarge.) When traveling through North Bend on the Oregon coast, I always look to see if there are any trains stopped along the tracks. Yesterday, yes! And the first thing I noticed was this artwork. It caught my eye because it's not the typical graffiti we usually see. This person used black and white paint to create a twilight scene of Black Butte, a lava dome in California between the towns of Mt. Shasta and Weed.

This artist made the lava dome look like a mastodon of sorts, and depicts the railroad, the trees, stars, and a sliver of a moon. On the lower left you see "To Portland" and on the right "To Roseville" (near Sacramento).

So the next time you're driving I-5, take a look to the east and envision Black Butte as a mastodon looking (somewhat forlornly) out over the railroad tracks, and give him a nod. ©Carol Leigh
Posted by Carol Leigh at 5:21 AM

Three sunflower seeds on canvas. I like the way these oh-so-ordinary seeds, seeds to which we rarely pay attention, now appear unusual and unique. ©Carol Leigh
Posted by Carol Leigh at 6:04 AM 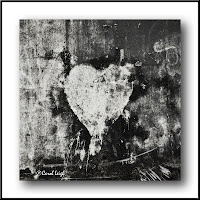 Grey days here on the Oregon coast lead to grey hearts. I found the first heart in Astoria, scraped into the weathered cement of a bridge underpass (or is it an overpass?). I like the concept of grit and grunge and grime combined with a little bit of love.

In the second photo I combined a photo I took of a mini-heart collage and then added a bird I photographed on a grassy knoll along the Columbia River. 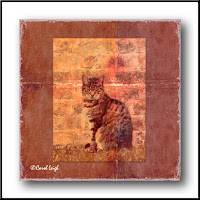 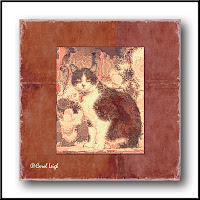 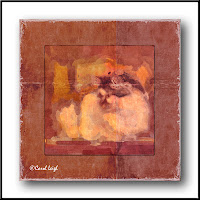 For the past few months I've been doing some experimenting using painterly effects on my photos. Here are three cat pictures that I rather like. The top photo, "Suki's Cat," was photographed in Cambridge, England. Then there's "Belmont Shore Cat," photographed in Long Beach, California. And, of course, there's Abby, photographed through a dirty screen door.

And the experiments continue ... ©Carol Leigh
Posted by Carol Leigh at 6:19 AM 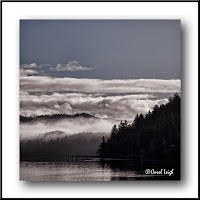 We had a brief window of opportunity on Sunday morning to get outside without getting wet, so we drove up Yaquina Bay Road to Toledo. The clouds were beautiful, the air crisp and clean, the trees stately, and the waters calm. A lovely morning.

We had 90 inches of rain last year. Can you imagine? Ninety inches? But it's moments such as this that make the rain almost bearable. ©Carol Leigh
Posted by Carol Leigh at 4:46 AM 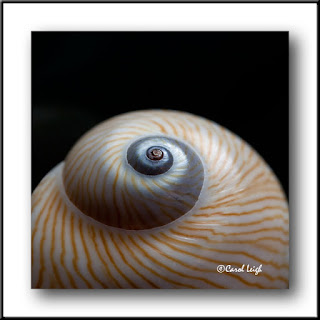 Designed for those of you who have already completed my Macro and Close-Up Photography online class and/or those of you who feel you've already got a pretty good macro photography base and are looking for some fun projects to do within a 6-week period. Lots of feedback, questions asked and answered. Stretch your artistic and technical skills within a short time frame. Class begins MARCH 1, 2013 and runs six weeks. Registration fee: $85.

When shooting in bright sunlight, as I was at this garden in Encinitas, California, I look for strong shadows to add to the composition. I loved this agave plant and worked to have both the spikes in focus as well as the shadows, which echo the spikes. Fun stuff! ©Carol Leigh
Posted by Carol Leigh at 6:54 AM 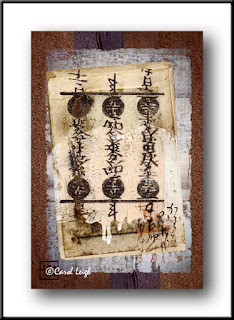 This is a photomontage I created using photographs I've taken of weathered wood, a wall in New Mexico, paint splattered on a crab pot buoy, vintage Japanese rice paper, calligraphy, and more. I like the wonkiness of the paper placement and the mystery of the calligraphy. Featured at Fine Art America. ©Carol Leigh
Posted by Carol Leigh at 7:27 AM

Because sucking a mint julep through a piece of rye grass made the drink taste, well, grassy, on this date in 1888 Marvin C. Stone invented the drinking straw. He wound paper around a pencil, slid the pencil out, and voila!

So today, raise a glass to Mr. Stone, inventor of the drinking straw. ©Carol Leigh
Posted by Carol Leigh at 5:14 AM 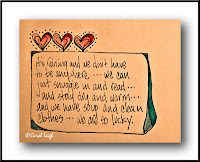