What's It Made Of? 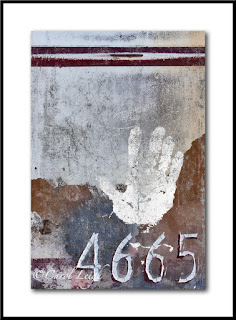 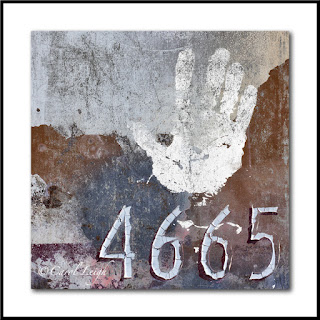 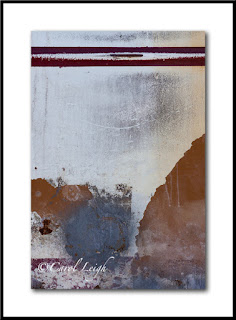 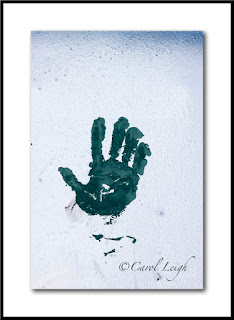 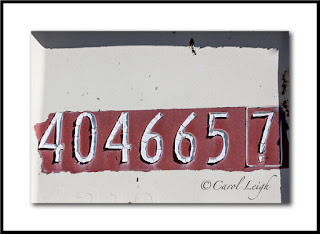 The other day I was rummaging through my photographs and ended up creating this.

Frankly, I don't know what I'll ever do with this picture (other than use it as a teaching tool), but it was fun to make, and here's what I used:

There are two versions of the picture -- the original vertical format and then the squarified version. Why? Because each version gives you a different feel.

Then there's the hand, which sort of links, in a vertical fashion, those two horizontal elements.

The square version does not emphasize movement. Your eye goes plonk, right to the hand/number combo. It looks around a little bit, but always sees the numbers and the hand. Not nearly as much movement as the first picture, but rather immediate impact.

There are basically just three pictures I used to make this. And I found them all in a boatyard.

First, there's the background, which is a photo I took of the side of a boat that was being refurbished, so you're seeing scraped and sanded paint, dirt, grunge, grime, and a number of dusty, faded colors.

I LOVE PHOTOGRAPHING THIS SORT OF THING!

Then there's the hand. I think it's really a painted glove that someone slapped on a wall.

And then there are the numbers, which caught my eye because they're pulling away from whatever they're stuck on, which gives them a certain depth and texture. Didn't need all the numbers; four worked fine.

And that's about it. I've shown you the sorts of things I take photos of, and then how I've combined them into one semi-weird photo that darned if I know what I'll do with.

Except show it to you here.

©Carol Leigh
All text, photographs, and other media are ©Copyright Carol Leigh (or others when indicated) and are not in the public domain and may not be used on websites, blogs, or in other media without advance permission from Carol Leigh.
Posted by Carol Leigh at 4:54 AM