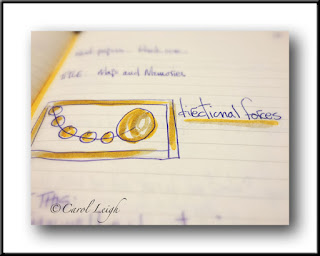 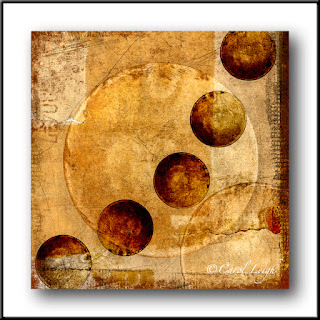 A number of years ago I had a vague idea for a photomontage and I scribbled it into what I call my "idea book." My memory isn't so good and it's nice to have a book like this to constantly refer back to.

Although I didn't act on the idea back then, it lodged somewhere in my brain, so that when I came across a picture I'd taken of a metal locker tag, I subconsciously remembered my idea from years past.

The result is this photomontage, which I really like. My original idea was to call it "Directional Forces," but it ended up being called "Celestial Spheres," and it's sold a number of times at Fine Art America. I also had it made into a tote bag, and it's great for groceries or for collecting driftwood on the beach.

So here you see my original concept in my "Idea Book," as well as the final piece.

©Carol Leigh
All text, photographs, and other media are ©Copyright Carol Leigh (or others when indicated) and are not in the public domain and may not be used on websites, blogs, or in other media without advance permission from Carol Leigh.
Posted by Carol Leigh at 4:43 AM