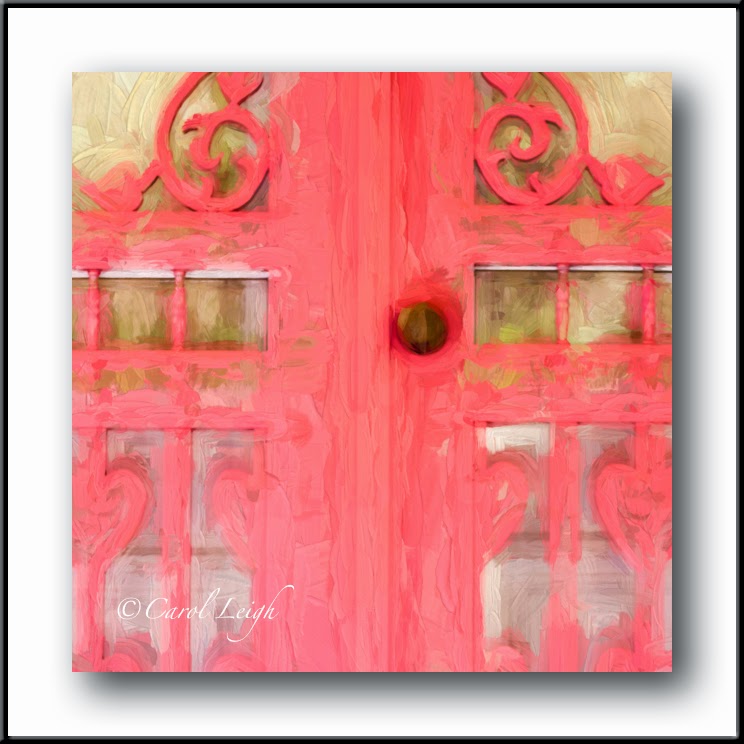 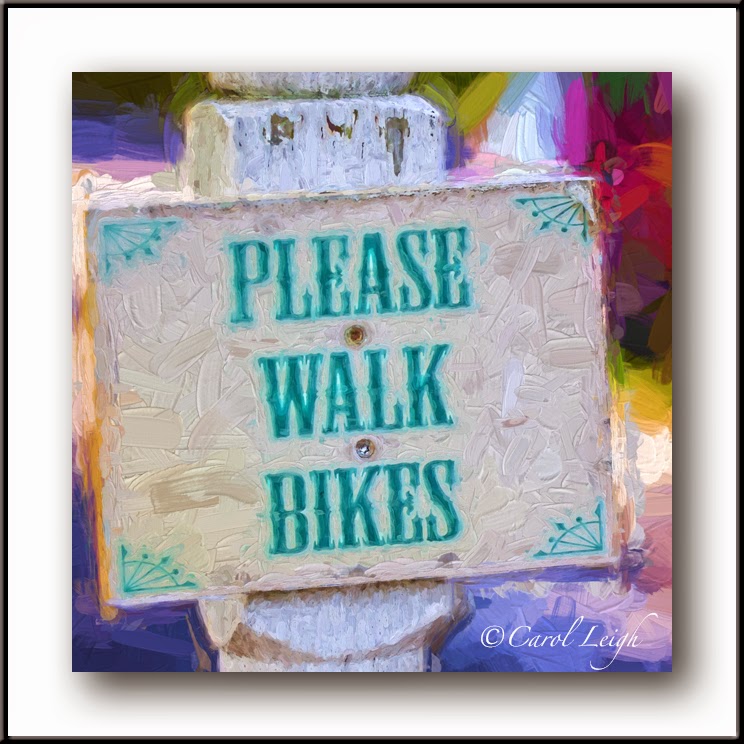 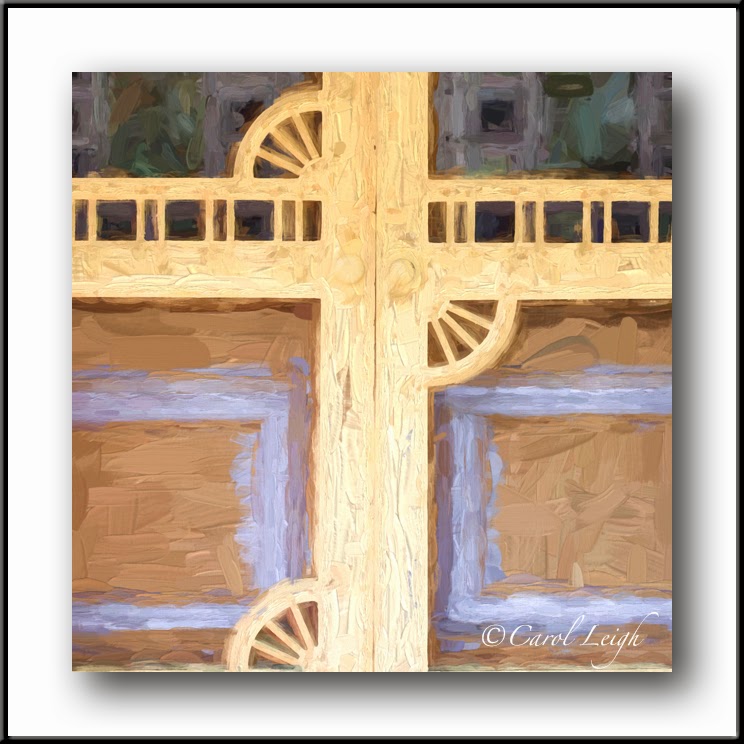 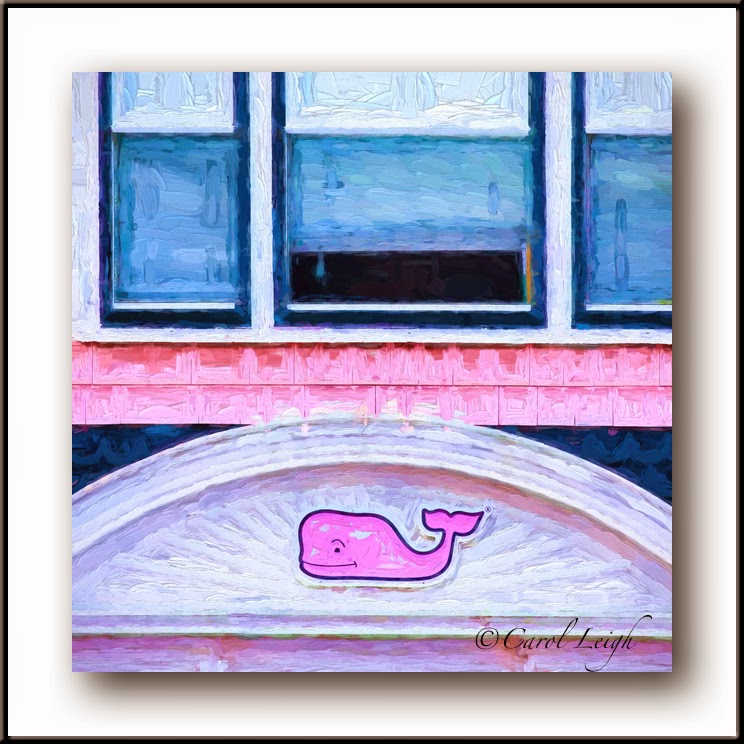 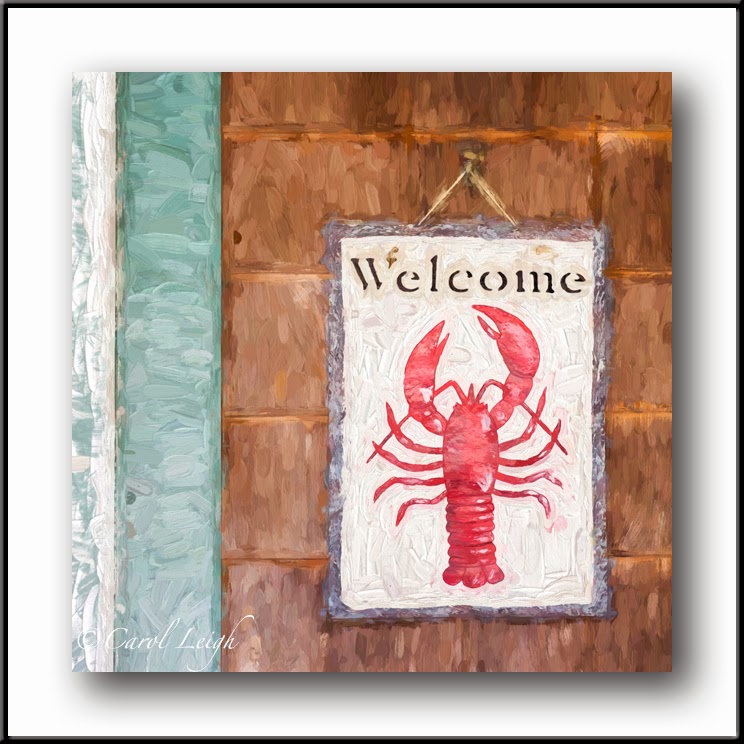 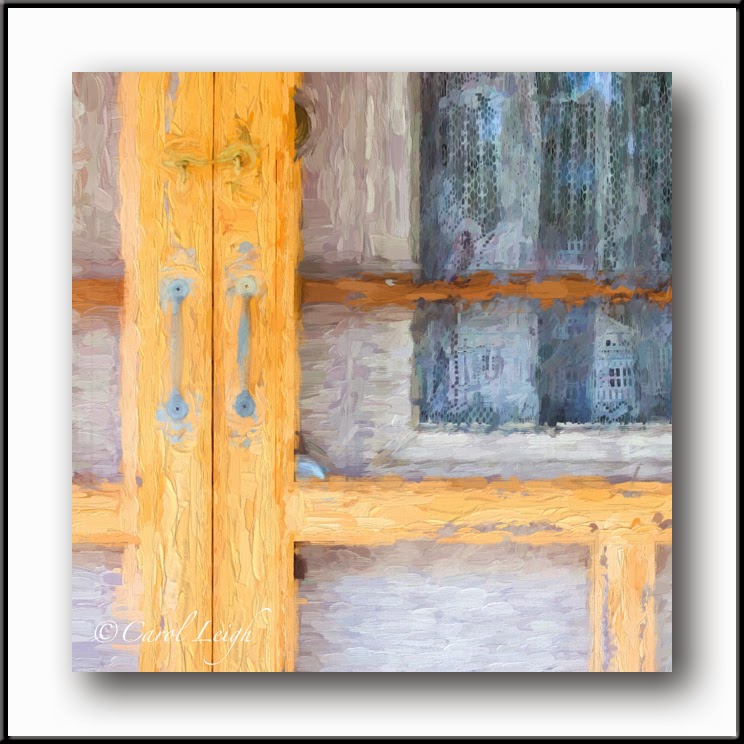 When you’re selling your work, whether it be at art shows, in galleries, for stock, or for something like Fine Art America, it behooves you to create a series of photos, photos that relate to one another in subject matter, technique, location, color palette, etc. Why? Because creating a series makes it easier for a buyer to select more than one, to buy more than one. Selling one photograph or painting or piece of pottery is terrific; selling two or more to a collector is wonderful!

Lately I’ve been experimenting with a variety of painterly effects, seeing which techniques work best with which subject matter. I thought about a series of photographs I’d taken on Martha’s Vineyard and began playing with them. Let me share the thought process rather than the technical aspects (although that probably just kills a few of you!).

We were walking around a section of Martha’s Vineyard called Oak Bluffs. This was close to mid-day and the lighting was harsh, extremely contrasty. Too contrasty for big overviews, and the sky was greyish-white. What to do?

I concentrated on details, looking for shady areas, looking for subject matter where the light was even, and also looking for a “theme” of sorts. Something that could turn into a series later on. I was drawn to the screen doors, doors that had old-fashioned wooden elements and hardware on them and, if I was lucky, doors that were painted bright colors. So I consciously looked for cool screen doors, as well as other “verandah paraphernalia” such as chairs, flower pots, flower boxes, etc.

Had I more time, I would have walked this part of Martha’s Vineyard for a couple of hours, watching the light, seeing different things on each pass, seeing how the light ruined previously-wonderful bits and how it now made other bits look great. One pass doesn’t cut it, sort of like shooting at an antique car show, or photographing fishing nets and floats. Work it, baby! Work it!

But I digress . . . I was looking for a theme, looking for a little photo essay, sort of, something I could shoot in bad light but as long as the light was even, I was okay. And now, almost exactly a year later, I’m looking back at those photos and am thinking, now what can I do to them? And so I experimented with a number of painterly techniques and textures that seemed to work well with these little vignettes. And for the past few days I’ve been creating a series, a series of architectural detail shots from this one section of Martha’s Vineyard.

I’ve uploaded them to a gallery on Fine Art America where you can see them all, if you wish (although I keep finding more to add). I envision people buying multiples, thinking that a set of three or so might be especially appealing (the whole being greater than the sum of its parts), and so for this series of photos, I marked my prices down 15%, hoping to make my work more affordable so that people might be tempted to purchase more than one.

Will the pricing work? Will people be attracted to the concept? To the technique? I don’t know. All I know is that I had fun creating these and, if someone likes them enough to purchase more than one, it won’t break their bank account, and might add a bit to my own.

And that’s the power of series. More is better.