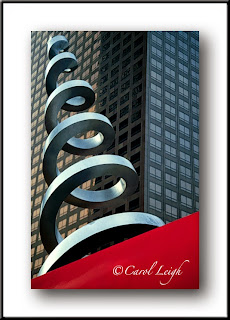 We are in the process of selling our current home and packing to move to our new home on Whidbey Island. I'd say we are about halfway packed; the house is being shown and drawers, closets, and rooms are emptying out.

I've been working on packing up my art studio and photo studio (lots of jars being recycled, lots of props being sold at garage sales, given away, or recycled/trashed) and I have now come to my lateral files, file drawers containing all my 35mm slides. Almost 20 feet of hanging Pendaflex folders holding countless slide sheets, 20 slides per sheet.

I knew we would eventually be moving from the Oregon coast. So why have I not been going through those slides over the past year or so, a little bit at a time, culling out images that are either awful, unusable, or unnecessary? I KNOW BETTER THAN THIS!

Chris suggests I just throw them all out. Easy for him to say! I did throw away all my tear sheets, all the articles I had published in magazines, newspaper articles about me and my photography, samples of greeting cards, plaques, and school notebook covers that featured my photos. I was able to toss that stuff out with impunity. It serves no purpose now and actually prevents me from moving forward.

But my slides? Hmmmm . . . nope, ain't gonna happen. I don't have time to go through them now, so I'm loading all those Pendaflex folders into boxes, to be looked at once we move into the new house and I can examine them at my leisure.

I am going to pay movers to schlep those little 35mm "treasures" up to Whidbey Island and will probably end up throwing away maybe 75% of them! Aaaarrrrgggghhhh! I am such an idiot sometimes!

So this is my tip to you, my fellow photographers: If you shot slides up until maybe 2003 when you converted over to digital cameras, schedule a few hours a week to look back at all those pictures. Edit out the bad ones (and be ruthless when you do) and get rid of all the crap. Got some that maybe can be salvaged in Photoshop? Keep 'em for awhile, but remember that Photoshop rarely improves a really bad photo. When in doubt, throw it out. Next year you'll never even remember having those images.

P.S. I used to lead photowalks in downtown Los Angeles. We would meet early on a Sunday morning in front of the Museum of Contemporary Art and venture out from there. The most rewarding comment I ever received from one of the photographers was, "I work in that building over there and I never knew all this stuff was here!" The coolest sculpture that MOCA had outside their building was something called "Knife Ship," a huge Swiss Army knife with blades that moved up and down, and silver paddles on each side of the red body of the knife. I fell in love with the corkscrew part, as you can see above. Taken probably using Fuji Sensia or Fuji Velvia film. And a Canon A1 camera. And a 24-70mm lens, my all-time favorite lens for that camera.