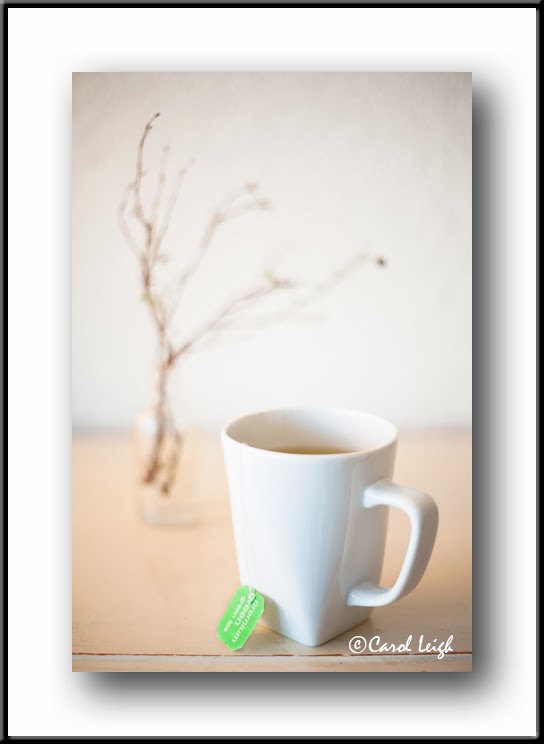 
I used to drink coffee every morning. Freshly ground beans, a teaspoon or two of real whipping cream, cinnamon, fresh nutmeg, and chocolate powder — ahh! But I became addicted and didn't like the awful headaches that resulted from not drinking coffee. And it stained my teeth. And the cream added unnecessary calories and fat. Hence the shift to green tea.

I began with Yogi Pure Green Tea. And it tastes like grass.

Not that grass is necessarily a bad thing. But for me, a non-tea drinker, and when I did drink tea, it was Lipton or Lemon Zinger, this tea, this green tea that smells and tastes like grass, doesn't make me all excited to have a cuppa.

So this morning I switched over to Stash Premium Green Tea.

It tastes less like grass than the Yogi Pure Green Tea, but more like hay. In fact, it tastes sort of like the way horse stalls smell. I hasten to add, however, that that might not necessarily be a bad thing, either.

Which do I prefer? Yogi or Stash? I'm not really sure, since both are scoring rather high on the ick-ometer, which was calibrated just yesterday.

Gotta say, however, that drinking tea the past ten days or so has changed my brain. So much so that the thought of drinking cream-laden coffee, no matter how flavorful and rich, sort of creeps me out right now.

So. I'm looking for a wonderfully decadent green tea. A tea that tastes like a flowery dream rather than a horse stall full of hay. Any suggestions? Anyone?