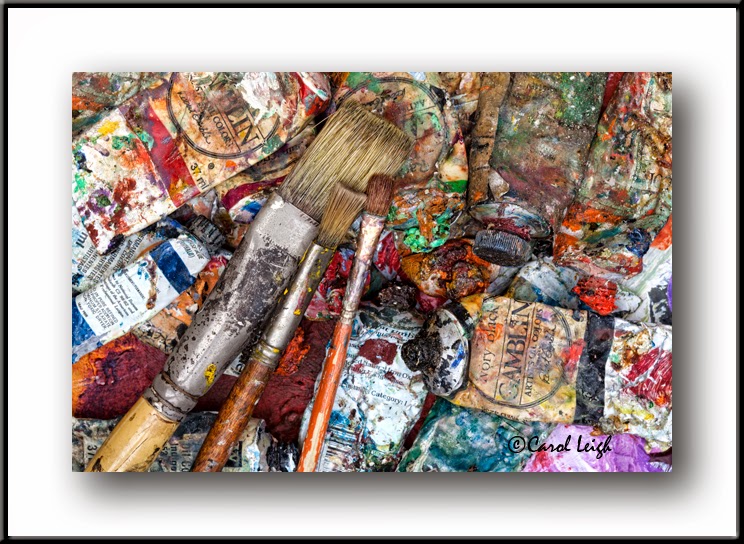 Remember this photograph? I first published it here July 29, 2012. Here's the link:

I was surprised to see it (chopped in half) as the feature photograph in a blog post here:

Because I didn't have a contract with the owner of the blog (who seems like a nice guy), I contacted him asking that he remove my photograph. Here's the e-mail I sent to him this morning:


I was surprised to see that you featured my photograph as a header on your April 21, 2013 blog post about life being messy. Since we made no agreement that you could use it, I am kindly requesting that you take it down.

I worked hard to create that unique image and I made it available for sale at Fine Art America  http://fineartamerica.com/featured/art-is-messy-5-carol-leigh.html on September 25, 2012.

Photography is how I make my living and I'm pleased that you liked the image enough to use it. I just wish you had asked me beforehand -- I probably would have granted you permission. You didn't, however, and so I respectfully request that you remove the photograph (both halves of it) immediately.

Thank you very much.

As you know, we work hard to create our pictures, and so it hurts when someone blithely uses our work without permission and without even crediting the photographer. Here's hoping he takes the photo down right away. I'll let you know.  —Carol Leigh
Posted by Carol Leigh at 5:13 AM