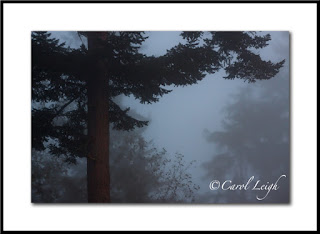 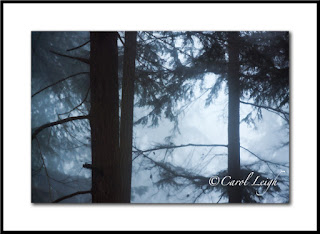 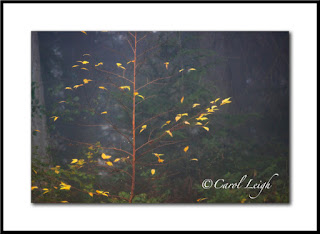 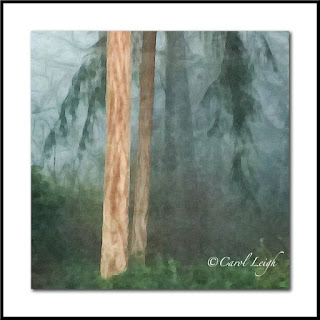 The fog moved in, and suddenly the surrounding trees became mysterious, quasi-silhouettes against a slightly brighter background. Yellow leaves on one tree appeared to hover in mid-air, their tiny branches obscured by the mist.

All was quiet. All was still. The air fresh and cool.

But I'm not stupid! Way too cold for me to venture out in just slippers and a T-shirt! So I grabbed the DSLR and stood at the windows, as close to heater vents as possible, and photographed.

And then, just because I could, I took one more photo using the iPhone and the Brush Stroke app.

The fog broke and the "real" day began. Spell broken.