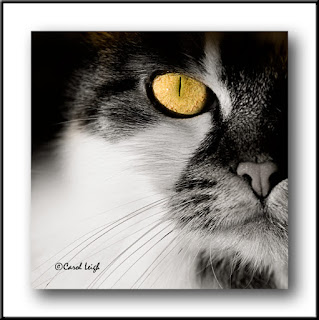 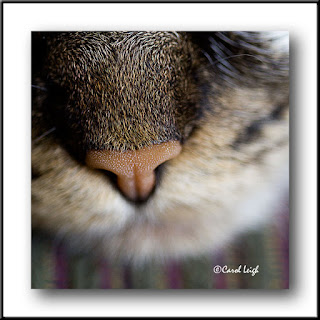 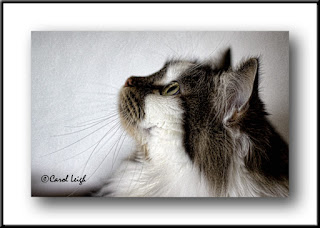 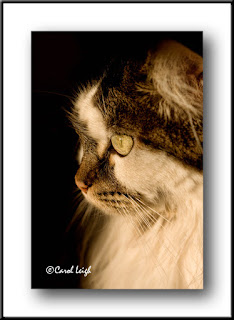 In January of 2009 Abby was almost five years old. And she's still around. She'll probably live to be 20, same as Sammy. Heavy sigh.

She's smart. She adores me and Chris. She's willful. Moody. And freaks out when she gets confused or feels frightened. (Just ask the vet, who has to approach her wearing heavy duty falconry gloves!) She's the bane of our existence and yet, and yet . . . we still love the little creep.

So here are four photos of Abby, taken when she was seven years younger. Not sweeter. Just younger. I originally posted them in January of 2009.

In the first photo, I wanted to emphasize her dark side, so I desaturated her face and saturated her eye. Spooky, no?

But I do like the shot of her cute little kitty nose. The last two are less dramatic, and show her "good" side.

©Carol Leigh
All text, photographs, and other media are ©Copyright Carol Leigh (or others when indicated) and are not in the public domain and may not be used on websites, blogs, or in other media without advance permission from Carol Leigh. Thank you!
Posted by Carol Leigh at 6:11 AM