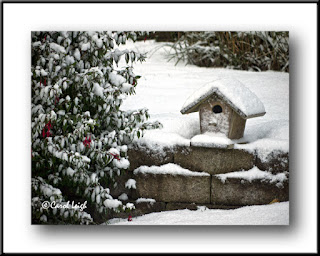 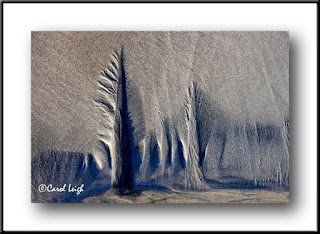 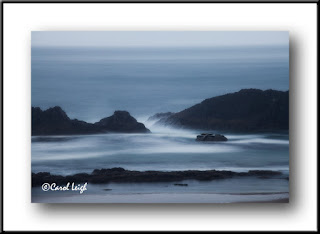 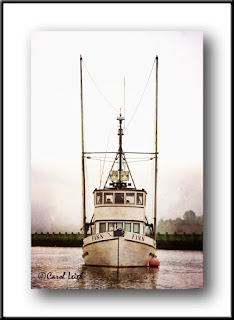 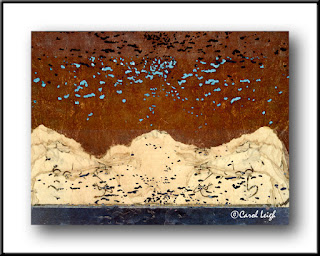 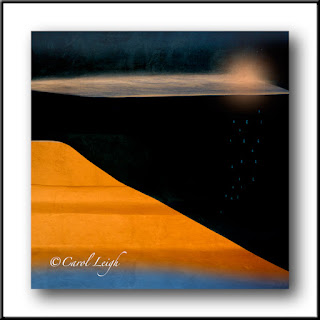 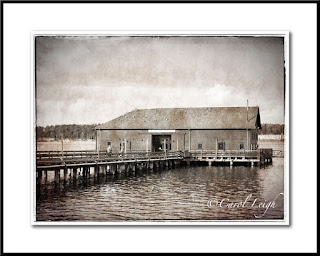 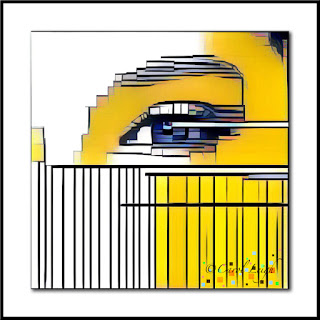 I took a look at all the photos I've posted in the month of November over the past eight years and selected one from each November for each year. (What a confusing sentence. Darned if I'm going to edit it, though.)

In 2009 snow covered a still-blooming fuchsia bush as well as a cute little birdhouse in our back yard in Waldport, Oregon.

Another year I was out on the beach in Oregon, looking for patterns in the sand. That's one of the big things I miss here on Whidbey Island -- big empty beaches. Miles to walk, and if there were four people out there, it was crowded! There are lots of beaches here, too, but many are private, others are smaller. No huge expanses of sand during minus tides. Not a complaint! Just something I miss.

Below that is a photo taken at the Seal Rock overlook in Oregon. A long exposure helped emphasize water movement and the spray from the waves.

And the fishing boats in Newport, Oregon? I miss them, too, although I've found a few extremely cool places here in Washington to photograph. Just takes a bit more driving to get to them. The fishing vessel "Finn" looks pretty good there on a foggy morning.

Below "Finn" is a photomontage I made out of paper and copper and rusty metal that I call "Northern Lights."

The weird photomontage below that is called "And the Rains Came." I would have to go back to see all the elements I used to create it. But I do remember that the vertical "raindrops" came from a photograph I took of a carved and painted wooden support pole in Santa Fe. Gotta say, the results surprised me. In a good way.

The sepia-toned image is the Coupeville Wharf, taken in 2015 when we moved here to Whidbey Island.

And this year's November shot is called "Experiment #9504." An ongoing series that is simply fun at the moment.

So there you have it. November's been a pretty good month photographically over the years.