What's it made of? 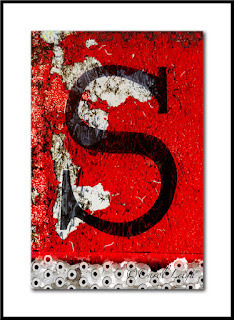 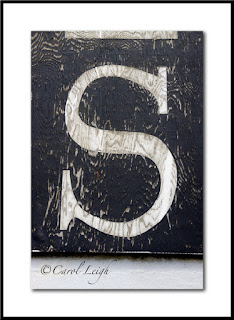 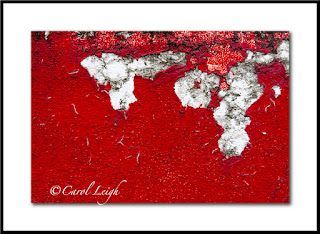 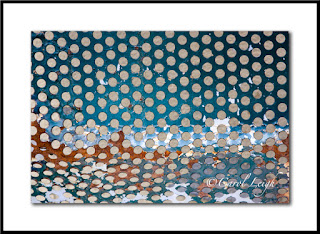 A lot of people ask me, when I make a photomontage, what's in it? Where do you get the stuff and how do you use it?

Well, this morning I was poking around in my "Astoria, Oregon" photos, not looking for anything in particular, and saw a big "S" that was painted on a wooden sign.

It's a good-looking "S," and you can see the original in the second photo.

I didn't like the monochromatic look, so, still in the "Astoria" files, I saw a photo I'd taken of a cement wall that had been painted red, and the paint was beginning to chip and peel. (See the third photo.)

The wall gave me the texture and the grunge and the color that I needed. But I wanted something more.

Still in that "Astoria" file, I found a photo I'd taken of a piece of metal that had holes punched in it. So I used a part of that to create a "base" of sorts to the "S." See the white space below the "S" in the second shot? Too plain and boring. Hence the weird metal.

Look at the very top of the first photo and you can see where I added a bit of the metal up there as well.

And there you have it. An "S" with good bones, tricked out a bit with color and texture. And it's RED! Good way to start the day. (If you're weird, that is!)

©Carol Leigh
All text, photographs, and other media are ©Copyright Carol Leigh (or others when indicated) and are not in the public domain and may not be used on websites, blogs, or in other media without advance permission from Carol Leigh.
Posted by Carol Leigh at 5:17 AM